That’s the subject line of the latest mass e-mail. It’s flat out alarming and has a number of people in full panic mode . So I checked in with Marty Nevil and Captain Mike Miller of  the Highland Park DPS.

Nevil said, “Time is of the essence.” She encourages area residents to call 911 immediately if such an event occurs. And, while obviously very concerned about the incident, Captain Miller was clear that “there was not an attempted abduction or any grabbing, he talked to her.”

As she was walking down Golf, a hispanic man in a white pick up truck pulled up beside her.  He asked her if she would like a ride.  She said no and kept walking…trying to ignore him.  He then proceeded to ask her if she was hungry and if she wanted something to eat.  By this time she was at Potomac, the one street between my parent’s block and our friends’ block.   Thank goodness she had the thought to yell that the house she was next to at that point (the house behind my parents) was her house and ran up the sidewalk and onto the front porch.  The man drove off.  Once [name] was sure he was gone, she ran the last half block to my parents.  Of course, we are sothankful she is OK and that nothing else happened.  It scared us, and her, to death.

When we talked to the police, they said a similar situation happened last week but instead involving a white man in a white van.  We wanted to share as a reminder to be vigilant and to reinforce to your kids how to stay safe and what to do in those situations no matter how old they are.  It has been a while since we had that conversation with [name].

The following suspicious incident was reported to the Highland Park Department of Public Safety on February 21, 2010. The incident occurred on February 20, 2010 at 2:15 hrs. A juvenile was walking Southbound on Golf Drive from Normandy Ave when she observed a white truck pull up beside her.  The driver asked her “do you need a ride”? and she replied “no”. The suspect then asked her “are you hungry, do you want….” and before he could finish his sentence, she said “this is my house and ran up on the porch”.

The Victim stated that the suspect was Hispanic and medium to dark in color, had dark hair that was “thick” on top and dark sideburns.  He was wearing a white short- sleeve shirt that buttoned all the way down, had no facial hair, hat, or glasses.  She said that she thinks he spoke with a slight accent.

The vehicle is described as a 2 door beat-up looking truck with faded white paint and she d not see anything in the bed of the truck or inside the truck.  The Victim stated that she tried not to keep looking at him and that once she ran up to a house and was on the porch; she hid behind a post and watched as he approached Mockingbird Ln. but did not see which direction he turned.

This information has been shared with the University Park Police Department and other D/FW police departments.  The information has also been posted to the Highland Park Crime Watch web site.

Please be on the lookout for anyone or vehicle that matches this description/suspicious behavior.  Call  911 immediately! Even if you are unsure, we want you to call right away. Officers are usually right around the corner, calling 911 right away allows them enough time to locate the possible suspect. If not, that opportunity is lost.

I’ve received several e-mails about the timeline above. Mainly, readers are asking how the mom could have sent the e-mail mentioning what police told her if she did not make the report until much later. Marty Nevil from HP DPS told me that the mom “asked a University Park resource officer [on Saturday afternoon] just in passing [about whether she should report the incident.] That officer encouraged them to call HPDPS to report the incident since it occurred in our jurisdiction.”

She did finally report the incident on Sunday evening.

Life of Reilly: 50 Years of Teaching 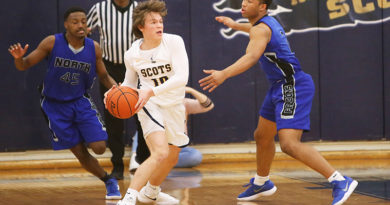