If we could access the archives of the last several years (deep sigh), I’d point you to a column I wrote circa 2006 about a University Park family fighting to get their cat back from a neighbor who took it in as their own indoor pet. It happens more than you think.

Yesterday I spoke with a University Park resident who has an outdoor cat that is the subject of a polite power struggle. See, the neighbor has been kind of taking over and encouraging the cat to hang around their house more and more. You know, offering food and stuff even though the cat is well taken care of by its true family. Fine. But when I spoke to the cat’s owner she had just received a call from a local veterinarian who told her that a nice family had just presented the cat as their own in his office. They said they were there for a check up and shots but as a matter of standard practice, the vet ran the micro chip and discovered the cat’s owner was someone else.

She really couldn’t believe the neighbor had done it. To me, it’s kind of like a neighbor taking your kid to get a haircut behind your back.

Note: The darling cat pictured above is mine and you can’t have her. 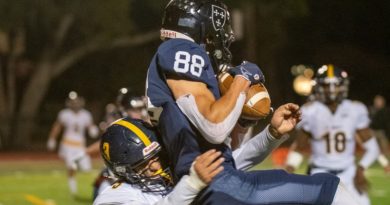 An Open Letter To Lifelong Parkie

15 thoughts on “Busted By the Vet”