The Lamplighter saga continues. The school, along with trustees Karen Pollock and J. David Miller, last week filed a counter-claim (which can be found here) against now former headmaster Arnold Cohen. The basic outline of the story is no surprise, as Cohen’s suit and subsequent announcements by Cohen and Lamplighter trustees have painted a picture, however hazy, of how the formerly amicable relationship came to legal blows, but the response, at times almost novelesque, gives a very detailed,  point-by-point recap (from the perspective of the school and trustees, of course) of how things have gone down.

The response portrays Cohen’s behavior in the weeks following his decision to dismiss longtime teacher Sheila McCartor as volatile and erratic, claiming that he “engaged in conduct that might varyingly be described as reckless, inconsistent, insubordinate, malicious and even outright dishonest” including “several obscenity-laden rants.” Furthermore, the original lawsuit is fabrication; Cohen “concocted a story where day is night and black is white.” The response detailed the response by Cohen during a one-on-one meeting with Miller when the trustee proposed keeping McCartor with the school in a non-teaching capacity:

“Dr. Cohen erupted. ‘You know, I am done, I don’t need this job.’ He then began yelling. ‘You can raise the f***ing money yourself, f*** you.’ Mr. Miller sat silently as Dr. Cohen got out of his chair, placed all of his weight behind it and then slammed it into the desk. Dr. Cohen leaned over the desk as if looking for something to throw, and then walked to his office door. He then told his long-time friend, ‘And as long as I am the head of this school, this is my office. Get the f*** out of here.'”

The school denies Cohen’s charges of interference with personnel decisions, breach of contract, and defamation and makes a few charges of it’s own: That Cohen abrogated his contractual obligations; that, by releasing the name of Pollock’s daughter in regards to test performance, he breached his fiduciary duty to the school; and that he damaged the school’s reputation with the suit and his subsequent behavior. The school is seeking unspecified damages for all three. It also claims that, because Cohen violated his employment contract, he was fired with just cause and, thus, is not entitled to his two years remaining salary ($222,268 in 2008, according to filings with the IRS) or to his deferred compensation ($33,405 in 2008). 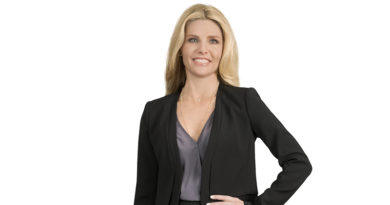