I really enjoyed Pony Excess, the ESPN documentary on the heyday of the SMU football program. A few off-the-top-of-my-head thoughts:

— It never occurred to me that the Ponies were riding high at the same time that Dallas was dominating the Nielsen ratings. But they were, so it made perfect sense for a member of that show’s cast, Patrick Duffy, to be the narrator. I assume Larry Hagman was approached first and turned ESPN down.

— The piece of “excess” that stuck with me was the anecdote about the player being shown a case containing $20,000 and replying “That ain’t even close, Coach.”

— I had no idea that George Riba has worked at Channel 8 since the late ’70s. Way to hang on to a great gig, George.

What did y’all think of the movie? 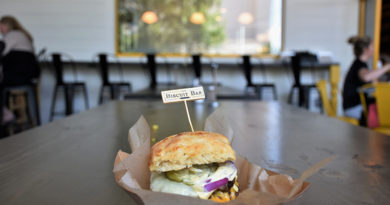 The Biscuit Bar Expands to Dallas

SMU Engineering Dean Leaving to Head U of Tulsa

Sibling Filmmakers Want to Scare You

7 thoughts on “What Did You Think of ‘Pony Excess’?”