Four Park Cities residents — Jack Knox, Barbara Houser, Donald Malouf, and Philip Wise — are among the seven people who will be in the spotlight during tomorrow’s SMU Dedman School of Law Distinguished Alumni Awards Ceremony. To find out what they’re winning and to read their SMU-supplied bios, head for the jump.

Knox serves as general partner of Six Flags Over Texas Fund Ltd., which he helped found. He is the developer of Cafe Pacific and Patrizio restaurants in Dallas, and is president of Cafe Pacific Inc. He is the founder and president of the Fund for Sick Children, a private foundation that supplies medicine and equipment to Third World countries. He received a Bachelor of Arts degree in English from SMU in 1960 and a Juris Doctor degree in 1963. After graduation, he was active in the oil and gas industry, developing and selling energy companies, both public and private, for more than 30 years. He has worked as chairman and CEO for such major Texas companies as Summit Energy and El Chico. His civic and honorary appointments and directorships range from serving on the board of trustees of Medical City Hospital in Dallas to being on SMU’s associate board of the Cox School of Business and executive board of Dedman College of Humanities & Sciences. He is active in many groups related to stopping animal abuse, and received the Humanitarian of the Year award from Operation Kindness in 2005.

Houser is Chief U.S. Bankruptcy Judge for the Northern District of Texas, a position held for more than a decade. As vice president of the American College of Bankruptcy, she lectures and publishes frequently on corporate restructuring and insolvency law. She is a member of the SMU Dedman School of Law executive board and chair of the board of directors for the Legal Hospice of Texas. She received her undergraduate degree with high distinction from the University of Nebraska in 1975. She earned her Doctor of Laws from the SMU Dedman School of Law in 1978, where she was an editor of the Law Review. After graduation, she joined Locke, Purnell, Boren, Laney & Neely in Dallas, where she became a shareholder. Three years later, she joined Sheinfeld, Maley & Kay, P.C., as the shareholder-in-charge of the Dallas office. While there, she led the firm’s representation of clients in a variety of significant cases, including one involving Dow Corning Corporation — one of the largest Chapter 11 cases ever filed. She was named by The National Law Journal in 1998 one of the 50 most influential women lawyers in America.

After 45 years of successful law practice, primarily served at Malouf Lynch Jackson & Swinson in Dallas, he now serves as a consultant/facilitator for a limited number of families as well as his former firm. He received his bachelor’s degree in business administration in 1957 and his master’s in the same in 1964, both from the University of Texas at Austin. He received his law degree from the SMU Dedman School of Law in 1962. He has authored or co-authored many professional articles and books, including 10 books on tax and estate planning, and has taught law courses at SMU and elsewhere. He was named in Robb Report’s Worth Magazine as one of 100 top lawyers in America for his assisting successful entrepreneurs and affluent families, and has won numerous accolades, including being continually listed among “best lawyers” by major publications. He has served as a full or advisory board member for many educational, charitable, and arts organizations.

Wise is campaign steering committee co-chair and a member of the executive board of the SMU Dedman School of Law. He has received local and national recognition for his public education reform work. In 1987, he was one of the founders of Habitat for Humanity in Dallas, and he formed Mission Holdings and Cienda Partners in 1999 to better support his business and public service activities. He graduated with honors with Bachelor of Science and Bachelor of Arts degrees from SMU in 1978, and a Juris Doctor from the SMU Dedman School of Law in 1981. Upon graduation, he practiced law with the firm Wise and Stuhl. At age 26, he left private practice to pursue a career in real estate development and investment. He has led more than $2 billion in real estate transactions, primarily as investment manager for the Trammell Crow family. In 1999, Wise launched Greenleaf Village, one of the nation’s largest public, private and non-profit urban redevelopments — one that has received national recognition. In 2002, he co-founded the Trinity Strand Trail, and in 2006, was one of the founders of the Dallas Faith Communities Coalition. 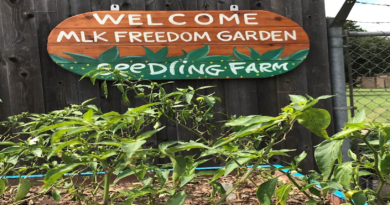 One thought on “Dedman School of Law to Honor Distinguished Alums”