1. I received an announcement that the condemned Borders at the corner of Preston and Royal is slashing prices by up to 50 percent today. Presumably, the same is true of the West Village location. Still, I doubt either Borders will be able to match the deals available Saturday at the University Park Public Library’s spring sale. Books will be available for suggested donations between 50 cents and $2, beginning at 8:30 a.m. on the second floor of the Chase Bank building, 6517 Hillcrest Ave.

2. We just heard that Malai, a new Thai-Vietnamese restaurant, has opened for business in the West Village space formerly occupied by Tom Tom Noodle. The joint is owned by Braden and Yasmin Wages, who were once the general manager of R+D Kitchen and assistant general manager of Park, respectively.

3. Did you receive this week’s e-mail blast from Superintendent Dawson Orr, the one in which he addressed the potential effect of state budget cuts on the Highland Park ISD? The most sobering part was when Orr tried to a potential cut of up to $10 million in perspective. “If we laid off every district-level administrator, every campus administrator, nurse, counselor, librarian, education diagnostician, and every instructional aide, we still wouldn’t reach the $10 million mark.” We’ll have more on this topic in the March 11 edition of Park Cities People. 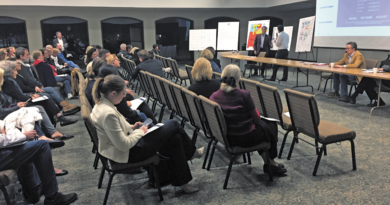