When the news broke that Cowboys standout receiver Dez Bryant had been issued a criminal trespassing warning at NorthPark Center this weekend, I was left scratching my head.

Not because the antics of Jerry’s latest bad boy are out of character, but because a crime of this nature should have been on my radar when I compiled the police report yesterday. How could I have missed the several paragraph long narrative and a suspect description that included the unmistakable No. 88?

Well, because that report has yet to be released to the public.

The copy on the WFAA website is an internal report and does not appear in the searchable database open to the public. It has nothing to do with the nature of the crime, as criminal trespassing routinely appears in public reports. It has nothing to do with the date, as other crimes committed on Saturday have already made there way to the official database. One can only deduce that the reason the report is not available for public consumption is that the offender is a Cowboy. A Dallas Police officer who spoke to me on the condition of anonymity confirmed that this report was handled in an unusual way.

“I don’t understand why it was done like this,” he said. “Maybe because he’s a Cowboy.” 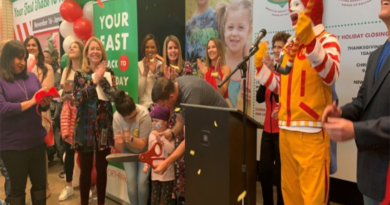 Trains at NorthPark Opens For Another Holiday Season