In today’s edition of Park Cities People, we published the third part of Buddy Macatee’s three-part essay on his old pal “Beauty.” Since I doubt many of you hold on to month-old newspapers, you can find Part 2 below and Part 1 here.

From my earliest days, Beauty was my companion, more of a peer than a caretaker. A lot of it had to do with Beauty’s height, which was about 5 feet. Another man of the same height was Shorty Gilbert, owner of the Majestic Fruit Stand where the Oak Lawn streetcar turned at the corner of Throckmorton and Cedar Springs. Because Shorty and Beauty were just a little taller than I was when I was 8 years old, I considered them to be my age and felt close to them. I invited them both to my birthday party, only to be told by Mama that I should invite friends of my own age.

Beauty, though small, had great strength and could spend the day in a hot boxcar unloading 100-pound bags of cement and plaster, 55-galIon drums of pitch and asphalt, rolls of roofing felt, and whatever came in from suppliers. When, as a summer employee in my teens, I worked alongside of Beauty, he made sure I didn’t get too hot. A truck driver with limited reading ability, he still knew exactly where to go in Dallas for a delivery. He knew how to load a truck properly so that the load always balanced over the rear axle. Behind the cab, he had a half-dozen common bricks, several sizable stones, some sections of a 1-by-12-inch board, and a sack of lime to use when his rear tires got stuck in a mudhole. In the glove compartment, he kept wire, tape, pliers, and assorted bolts, nuts, screws, and tire patches to keep his truck in play. He taught me lessons early on “making do” that have stayed with me.

As Beauty got older, he acquired some marvelous skills in looking busy while at the same time avoiding work. It was simple. He never appeared empty-handed, usually carried a broom or hammer, and moved about with a sense of mission, as if he were going somewhere to sweep or fix something. His eyes had the “explorer-look,” as if he were called by a special vision to the other side of the hill. Frequently, he would pick up small objects on his tour, put them in his pockets, and eventually find his way across the paved yard at Macatee Inc. to the garage where John Morrison and George Finney serviced the trucks.

There, under an old piece of tarpaulin, Beauty kept the love of his life, his “perpetchucal” motion machine. It looked like the ultimate Rube Goldberg contraption, a collage of metal parts — wires, nuts and bolts, rods, screws, all the small objects he had collected on his tours — mounted on an 18-inch section of a 2-by-6-inch board. His principle, the construction of a lever placed midway over a fulcrum, seemed sound. The machine resembled a jimmy-rigged see-saw.

With beaming pride, Beauty would explain its operation: “You puts dis here here, and you puts dat dere dere. And den dis does dat right dere” and so on. John and George usually stopped their work to come and watch Beauty explain the operation to whoever showed interest, especially me or Dad. It never worked, even for a moment or two, but Beauty persisted with his dream until his eyes failed. Regrettably, the machine got lost when we sold the company in 1962.

After we sold the business and Beauty had gotten quite old, I considered building a room for him in a new garage behind our home on Shannon Lane, so he could live with us. Dad had died in 1956 and, in his place, I reckoned I wanted to look after Beauty. C.O. Johnson, Dad’s partner, said that would be a mistake, that Beauty needed to die with his own people where the women could look after him.

He was right, of course, because women had always loved Beauty. (Women have a tendency to cling to what a man might become, a dream denying the quiet certainty that most of us won’t change.) So, when Beauty aged past his time of mischief, of gambling away his money, and of getting drunk, but was still warming with his smile and winsome ways the heart of each new woman in his life, they gathered around him, I am told, to feed him, bathe him, and make his bed — to keep their and his candles lit. 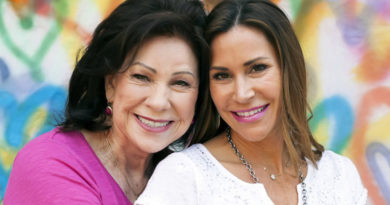