Taxpayers in Preston Hollow have finally had enough. An exploratory committee formed after the publication of an Oct. 1 article titled “Is It Time For Us to Divorce Dallas?” has been quietly working its way through City Hall.
According to sources close to the matter, the committee has begun the process for Preston Hollow to once again become its own city. Additionally, the committee has secured contracts with private companies to provide police, fire, sanitation, and water services. The plan, sources say, is to eliminate all taxes and rely on donations for repairs, programs, and events as needed.
“We’ve left no stone uncovered,” said a committee member who spoke on the condition of anonymity. “We have all the resources in place to run as a fully independent city.”
The news will no doubt be a blow to Dallas, which is facing a large shortfall along with the rest of the nation. But Preston Hollow residents are confident the bold move is the right thing to do.
“I think April 1 is the perfect day for us to announce our independence and get the respect we deserve,” said a woman shopping at Talula in Preston Royal Village. 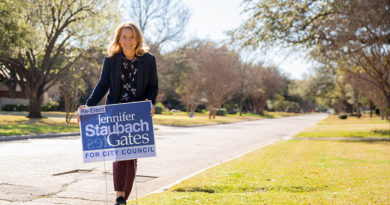