2. SMU’s class of 1961 will have its 50th reunion Saturday at Moody Coliseum, and local real estate maven Ellen Terry (named a distinguished alumna in 1986) is among the commencement speakers.

3. So when I rowed, ox-like, with HP Crew last year, I was struck by something team members said over and over: a fair number had “never really liked sports” — never found a sport that felt right, anyway — until they picked up a set of oars. Then they couldn’t stop.

Now the club has a proud announcement: five of this year’s graduating seniors plan to row in college, and several have been courted with scholarships. I’ll have more in next week’s issue of Park Cities People, but let’s have a drum roll in the meantime, please, for Brooke Koonsman, Brady Britten, John Willems, Sarah Baldwin, and Savannah Smith (And as Joanna England noted in last Wednesday’s morning greeting, Koonsman and Smith were among the rowers to nab trophies at the Texas State Championship in Austin). 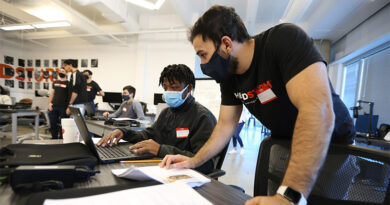