Howeth led the Scots in hitting with a .473 average this past season. He hit eight home runs and had 35 RBI.

Howeth will also play in Sunday’s THSBCA All-Star Game at Round Rock’s Dell Diamond. Next month, he will play in the Texas High School Coaches Association’s All-Star Football Game at Cowboys Stadium.

Two Down, Eleven To Go (And Please Call Us, Larry Nixon) 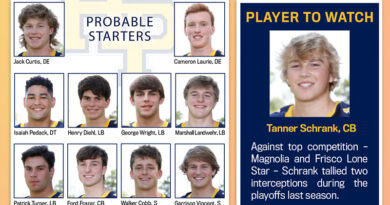