You may remember Doc Lawson from his days as a Dallas Sidekick. The Liberia native also played for the North American Soccer League and the U.S. national team, and had his Dallas heyday in the ’80s.

Now Mabus, a coach at the Park Cities Y, has teamed up with Lawson and a handful of other dads/coaches to throw Soccer For Hope, a festival-fundraiser Saturday at Sole Roll. They’ll have tournaments, a bounce house, photo opps with pros, and many other draws for kids, with proceeds going to Donami Sport, Lawson’s program to build a sports-and-rec infrastructure in Liberia. (The Donami Facebook page has more detailed information.)

The fun starts at 1 p.m., and kids of all ages are welcome. Just make a donation at the door. 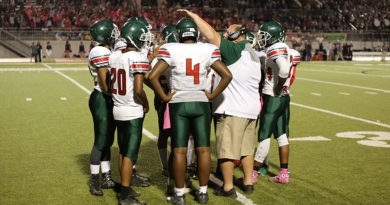 In Kansas, the Other Highland Park Scots Are Struggling Mightily