Last Thursday, the Park Cities People staffers you see here had the pleasure of hosting Sgt. Lance Koppa for lunch. Sgt. Koppa, the relatively new public information officer for the town of Highland Park, took this picture, because he was so impressed by the meal that Georgia Fisher had arranged in his honor.

Let me back up. As she has told you, Georgia recently rented a radar gun for a story that will appear in the March 9 edition of the paper. When she ran into some technical difficulties with the gun, she called the Highland Park Department of Public Safety, hoping to gleam some of their expertise with such equipment. Sgt. Koppa was kind enough to show her the ropes, and during their impromptu patrol, he mentioned that he would love to see where Park Cities People is produced and to meet our staff. Georgia half-jokingly replied that maybe we could all get together for pimento cheese sandwiches, then she made that idea become a reality. (The sandwiches were delicious, by the way.)

Sgt. Koppa answered a few questions I’ve long had about the unique nature of Highland Park’s Department of Public Safety. For those who are unaware, there’s a reason that agency is not known as the Highland Park Police Department. All DPS officers must be certified as police officers, firefighters, and emergency medical technicians. Sgt. Koppa said Highland Park is one of 70 municipalities nationwide that fields a force of such triple threats.

I asked the very mundane question, Do you change uniforms depending on your primary duties? The answer was yes. Sgt. Koppa said he was once in the middle of booking someone on a warrant or traffic violation when he got called out to a fire as backup. So he had to lock up his perpetrator, gear up in his firefighter uniform, do his thing on the scene, return to headquarters, shower, change back into his patrol uniform, unlock the perpetrator, and pick up where they left off.

Sgt. Koppa said some recruits have resigned from the DPS because they figured out they wanted to be either a cop or a firefighter but not both. Another interesting aspect of this arrangement: When an officer is coming off an overnight patrol, but still has duty hours left in a 24-hour shift, he or she is assigned to the secondary ambulance, i.e. the emergency vehicle that is least likely to be activated. That means the officer is more likely to get his or her much-needed sleep. 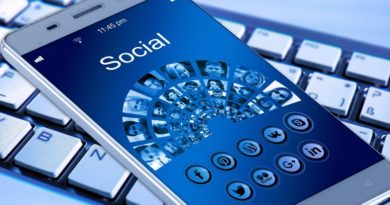