After less than a week on the Hilltop, SMU men’s basketball coach Larry Brown has cut starting point guard Jeremiah Samarrippas, according to the Daily Campus.

“He basically told me that I wasn’t good enough to play for him,” Samarrippas said, according to the student paper.

Ricmonds Vilde and Eric Norman were also part of the blood-letting. 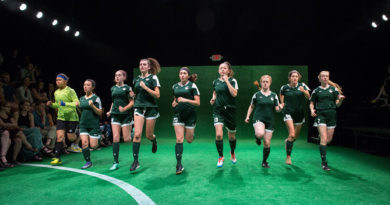