Back in April, a bunch of sources reported that troubled University of Arizona point guard Josiah Turner may be heading to SMU.

Well, he’s decided against that.

“I had to step back and reevaluate what my main goal and my dream was,” Turner told Yahoo! Sports. “My dream is to be a professional athlete in the NBA and I think this is what’s going to bring me closer to it. In college, you get your degree and everything, but going pro is getting me closer to my dream and what I want to do in life.”

SMU coach Larry Brown refused comment, Yahoo! reported. Turner will take his alcohol and drug problems — “”My maturity level now is way higher than it was when I was in Arizona,” he said, even though his tenure at Arizona only ended in April — to the NBA’s developmental league, or overseas, he said.

SMU Professors Have a Hand in Presidential Debates 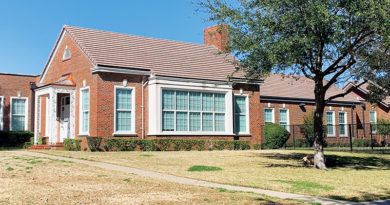 One thought on “SMU Basketball Transfer Decides Instead, Hey, I Could Make Money Doing This”