University Park police department sent out a message on their facebook account stating that there has been an increase of home burglaries just Northeast of SMU. Burglars have been focusing their efforts in between the 2800 and 3000 blocks resting between Lovers Lane and Dyer Street.

According to police, the burglars are targeting “older-style houses with tall shrubs, without alarm systems” and have primarily taken jewelry and cameras. Most of the offense occurred between 10:30 a.m. and 12:30 p.m. on Monday, Tuesday, and Wednesday.

UP police are asking that anyone with information contact Detective Keenan at 214.987.5359 or rkeenan@uptexas.org.

Burglary of Habitations
There has been an increase of forcible burglaries between May 16th to July 23rd in the 2800-3000 blocks of Lovers Lane, Fondren, McFarlin, Dyer and Westminster. In one incident the resident was home. The suspect knocked on the front door, then went to the rear of the home and broke a window in the back door. The suspect was described as a young male with medium skin tone. He was wearing dark pants and a collared shirt, carrying a back pack.

Check Crime Reports Map for activity in your area atwww.uptexas.org on the Police Department page or athttp://www.uptexas.org/index.cfm?FuseAction=page&PageID=000387

Triumph of the Spirit 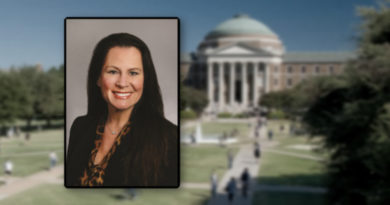 3 thoughts on “Increase in University Park Burglaries North of SMU”