We don’t have a food critic at Park Cities People. We do have Uncle Nancy Downthehall, who we rely on to let us know when things are opening and closing. We rarely turn to her for fantastic criticism, though, since that’s not really what we do here.

That aside, Morning News dining critic Leslie Brenner lambasted the Park Cities-Knox Street-Preston Hollow restaurant scene in her Sunday column, call them “the most jarringly disappointing dining experiences I’ve had in the last year.”

At Cafe Pacific, the tony seafood house in Highland Park Village, our waiter urges us to start with the $36 plateau de fruits de mer. Can our tiny table even accommodate it? Instead, I go for ceviche, which sounds luxurious from its menu description but turns out to be rubbery bay scallops interspersed with unidentifiable bits of crustacean (shrimp? crab?), all soaked in lime and decorated with pallid, out-of-season diced tomato. Lemon sole amandine floats in so much butter, it’s scary. Simple grilled halibut has terrible texture, as if it’s been poorly frozen. Wrong wine vintage, cheap stemware. Come dessert time, my apple crisp, a tower-like construction, tumbles over. The runner plunks it on the table, pretending not to notice, and scurries away.

We’re served a watered-down martini (or so it tastes) at Kathleen’s Sky Diner, along with a tough New York strip steak cooked so well-done that my guest who ordered it can’t eat it (he asked for it medium-rare) and a challenging asiago-crusted trout. Our hazelnut-chocolate torte oozes with underbaked batter. Yes, any restaurant can make mistakes, but no one bothers to ask if things are OK. Again, barely touched plates are cleared without comment.

I admit, the fine dining in the Park Cities is not the most adventurous. I go to the Design District and Oak Cliff for that. But has anyone else had these experiences? They seem — how should I put this — severe.

Pre-Thanksgiving Feasts in The Hollow 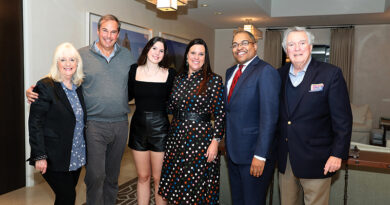