When I was a Greenhill lower schooler, the entire Oct. 31 school day was dedicated to Halloween, and I am not just talking about pumpkin-themed math problems. After an hour of candy consumption, we paraded throughout the school in our elaborate costumes and were then released at 11 a.m. to prepare for the evening. Not surprisingly, this practiced has ended, but I am curious to see how different Preston Hollow schools celebrate Halloween.

Good Shepherd Episcopal: Students will parade in their costumes around the YMCA track. While the school day does not end early, word is there will be no homework tonight.

Greenhill: Nowadays, Halloween is not officially acknowledged until the afternoon. To avoid the many distractions, Lower School students change into their costumes after lunch for a parade and treats. In the Upper School, seniors dress up after lunch to lead the parade. The morning after, classes start late for the Lower and Middle Schools.

Hockaday: The Lower and Middle Schools indulge in Halloween parties and, conveniently, the Lower School does not have classes Nov. 1 because of conferences. In the Upper School, the seniors dress up and decorate the entire building.

Parish Episcopal: Last Saturday, the Midway campus hosted “Spooky Saturday,” a festival where the younger students ran through inflatables and indulged in Halloween treats. Today, at the Hillcrest campus, there will be a Halloween sing-along.

St. Mark’s: The Lower School celebrates with a Halloween party, but students are prohibited from wearing costumes. 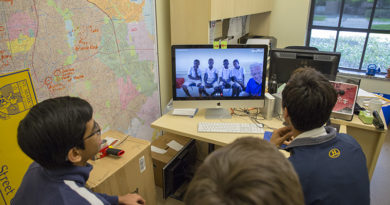