Petland, who had a rare parrot stolen from their store in Preston Forest Square in September, had eight puppies stolen during a burglary early this morning.

According to the police report, at 3:11 a.m., burglars entered the front door of the store and took several different breeds of puppies; two Boston Terriers, a Yorkshire Terrier, two Shih Tzus,  a Mal Shi, a Teddy Bear,  and a Bichon.

We all know puppies are awesome Christmas gifts, but be weary of buying one of these breeds from an independent dealer. Petland general manager Chris Brauer told the Dallas Morning News that the dogs are all microchipped and registered to his store. Be on the lookout!

I’m still in shock that someone would actually steal puppies. 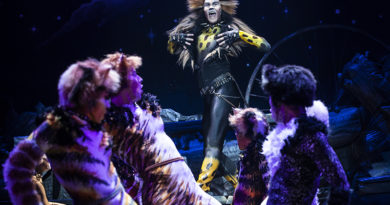 “Cats” to Play at Dallas’ Music Hall at Fair Park