There’s a brief in today’s Dallas Morning News that says Juan Clemente Silvas, 25, was arrested and charged with sexual assault of a child Tuesday. That’s the same day that Silvas began working on the Hillcrest High School campus as an employee of Academic Success Program.

Meanwhile, Hillcrest principal Ronald Jones sent the following to his students’ parents. Certain phrases were bolded by Jones, not me:

Juan Silvas was hired by Academic Success Program (ASP) to fill the vacancy created by Ms. Kanaugi’s departure. Silvas reported to Hillcrest Tuesday and worked alongside ASP’s Chief Operating Officer, Sara Miller, for ½ day. He was never alone with any HHS student.

We received a call from an Arlington Police detective late Tuesday informing us of Silvas’ arrest. I met with Miller Wednesday morning to inform her of the developments and to make certain that Silvas would never be back on Hillcrest’s campus. I, along with District personnel, will be meeting with ASP’s leadership to discuss their hiring/screening practices as we move forward.

Miller will serve as Hillcrest’s ASP college advisor for the remainder of the school year. ASP has served the students of Hillcrest since 2009 and all previous advisors have been stellar in both character and performance. Please contact me at 214-478-6454 if there are questions. The safety of our students is a paramount.

The “Ms. Kanaugi” referenced in Jones’ statement must be Cynthia Kanagui, who is listed as the “College Advisor for Hillcrest High School” on ASP’s website. I’m still not sure what ASP is or what its staffers do on DISD campuses. More on this as we get it.

Get Your Golf On 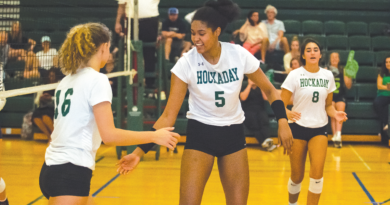