University Park Police Capt. Leon Holman tells me the two “suspicious notes” found yesterday and Wednesday at Highland Park High School — both of them bomb threats — were printed in block letters and seem to have been written by the same person. Their wording is about as blunt as it gets: “Bomb hidden in building call 911,” and “I made a homemade bomb and I have a pistol.”

A search last night with bomb-sniffing dogs resulted in a couple of benign false alerts — cleaning products and a spilled chemistry beaker — but the process was so involved that the school had to delay a ceremonial banquet for its volleyball players, evacuate the building again, and finally cancel the banquet altogether, said HPISD spokeswoman Helen Williams.

“It’s a shame that a threat would cancel a celebration for our students,” Williams said.

University Park police have begun interviewing students, Holman said, “but nothing has panned out yet.” Terroristic threats as such are a Class D B misdemeanor.

“If this is someone who’s suffering in some way,” Williams said, “then we want to help them. But acting in this way is not constructive; it’s destructive, and it puts people on edge unnecessarily.” 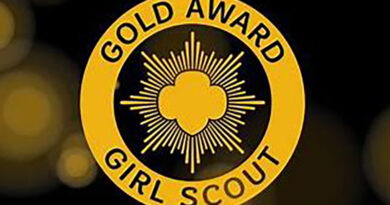