At around 9:30 a.m. on Wednesday, HP police responded to a burglar alarm sounding at a home on Arcady Avenue. When they arrived, they found the front door open and lights and a TV left on. A semiautomatic shotgun lay on the dining room table, and a large paper cutter lay on a kitchen counter. The back door of the home was unlocked.

When they went upstairs, police found an approximately 1-year-old baby girl lying on her back on the floor, under a “mobile-type tent.” The infant had a feeding tube in her abdomen, and appeared unable to roll over or crawl.

A neighbor helped officers reach the mother on her cell, and she arrived shortly with a three-year-old-daughter, the police report says.

The woman said that she was dropping her older daughter off at a play center at Preston Forest Shopping Center and that she thought her husband, who works in Addison, was “very close” to the residence and that they were “crossing paths,” the report goes on to say.

The woman contacted her husband, who asked if he needed to come home from work, the report says. During the approximate hour that police were on the scene, however, he never showed up.

The woman told officers that the incident was a “miscommunication” between her and her husband, and said that her daughter has a medical condition that leaves her with “little strength to function” the report says.

The mother also told police that “it isn’t as easy as it used to be” to take her daughter places, due to the fact that she is getting “heavier” to carry around and load into and out of her vehicle.

The police report also says that when officers talked to the 3-year-old, she told them that they had been to the “gym” that day, but that her mother didn’t leave her there.

The report says that the woman acknowledged that leaving a child at home alone is against the law “and reiterated numerous times that she did not intend to leave [the infant] alone.”

Sgt. Lance Koppa, spokesman for the HPDPS, said that Highland Park police are still investigating the incident. Child Protective Services are also involved, and are conducting an independent investigation.

The DMN broke the story here. 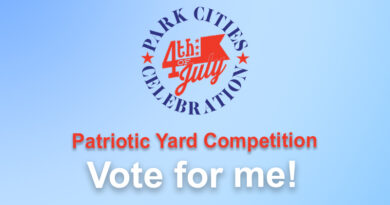