A search committee is in order to replace St. Mark’s headmaster Arnie Holtberg, who has announced he’ll retire after the 2013-2014 school year.

“Since he first arrived at 10600 Preston Road in 1993, Arnie has been an advocate for the ‘whole boy,’ ” board of trustees president Randall Fojtasek said in a prepared statement. “He set the school on a clear and steady path from which we have never wavered.”

Coming to St. Mark’s two decades ago “was an easy decision,” Holtberg said. But the choice to go hasn’t been so effortless. “This is a place that my wife and I love,” he said. “It’s a place that’s going to be hard to leave.”

During his tenure, Holtberg has overseen two profitable fundraising campaigns — one that wrapped up in 2000 as well as the Centennial Challenge, which is slated to end this spring. Modernized buildings, stronger academic and extracurricular programs, drummed-up enrollment and community interest, and a carefully selected staff are among the results.

“In both those cases, we have ensured the school’s future,” Holtberg said, “which is what these campaigns are all about.”

Back when he was charting his own future, the East Coast native attended Princeton University and was a classmate of David Hicks, his predecessor at St. Mark’s.

Holtberg went on to earn a master’s degree from Philadelphia’s Lutheran Theological Seminary. He began working as a teacher and coach at Lawrence Academy in Groton, Mass. When St. Mark’s reached out to him in the ’90s, he already knew of its national reputation.

He still has “16 more months of active duty” Holtberg added.

His is a school where “people pull in the same direction,” he said. “It’s an enormously loving, caring kind of environment for our boys, and it’s been a distinct honor to serve St. Mark’s. I just can’t imagine having been at a better place.”

His biggest success has been a deceptively simple one: “Watching our boys grow up to become men.” 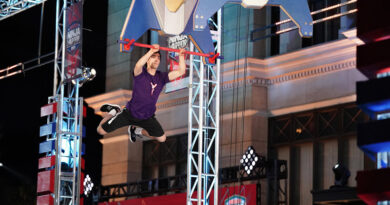 One thought on “St. Mark’s Has Begun Search For Holtberg’s Successor”