For the second time in as many mornings, the Highland Park Department of Public Safety has issued a statement that says no criminal charges will be filed in a death from last summer. Yesterday, it was the death of 4-month-old Harrison Rothermel. Today, it was the death of John Rodman Steele, who stabbed himself early on the morning of July 11 after attacking his wife.

Highland Park Department of Public Safety detectives have completed their investigation into the circumstances that surround the death of Mr. John R. Steele. The entirety of the physical evidence was evaluated with numerous items sent to the Dallas County Medical Examiner’s office for forensics. The findings remain consistent with the original conclusion of the Medical Examiner’s report for the cause and manner of death. There will be no criminal charges filed secondary to this investigation.

Well, of course there will be no criminal charges filed. The guy killed himself. 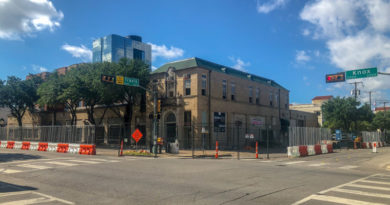