Brenden Morrow has been a Dallas Star for 14 years, the hockey team’s captain for half that time, and a Park Cities resident since at least 2008. But only that third designation is still true, after the Stars traded Morrow to the Pittsburgh Penguins on Sunday. The fact that he was traded for guy also named Morrow inspired another Park Cities person, Daryl Reaugh, to write a little ditty. 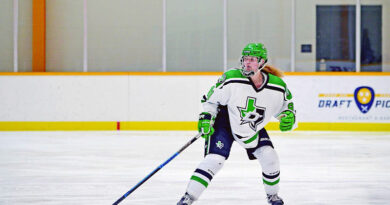 Keeping It Chill: Minnesota-Born ESD Senior Stands Out on the Ice