I’m hearing whispers about a group of Highland Park High School parents who want the district to install permanent walk-through metal detectors at the doors. Anybody out there think this is a good idea? 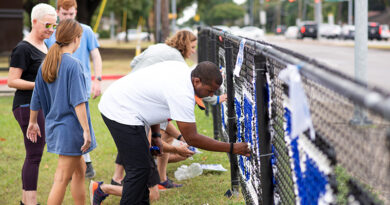 The Halls Are Alive