Just a week after William Perry Clements Jr. graduated from Highland Park High School in 1934, as the president of his class and an all-state football star headed for SMU, he got a call from his father. The family had run out of money.

“So he got on a bus to the South Texas oil fields within a month after graduating from high school and started roughnecking at age 17,” grandson George Seay said.

He learned how to live on just half of his $200 paycheck, sending the other half back home to his family, daughter Nancy Clements Seay said.

The gruff, intelligent man, who was honed by his early struggles, went on to found Southeastern Drilling Co., serve as the deputy secretary of defense, and become Texas’ first Republican governor since Reconstruction.

George Bayoud worked with Clements for many years, initially as an advance man for his first gubernatorial campaign, later as his secretary of state from 1989 to 1991, and lastly as his business partner.

“I’m awfully proud that I had the opportunity to work for him,” Bayoud said. “The governor was a tough business person, but he had a lot of young people who worked for him, and he gave us plenty of room to either succeed or fail, and I appreciated that very much. … He had a wonderful heart.”

George Seay got to know his grandfather well when he served as his travel aide during his 1986 campaign for re-election. He said “he was not the avuncular grey-bearded” type of grandfather. Clements was tough on his family members, especially when they were not doing their best.

While he was “no-nonsense,” George Seay said, he was also “very loyal to family under all circumstances, and always available.”

Despite founding and running SEDCO when his kids were young, he’d set aside time to lead his son’s Boy Scout troop, and he dedicated at least a month each summer for a family road trip, Nancy Seay said.

On the family’s tours of state capitals, Clements passed on his passion for history — a passion that would one day lead him to found the Clements Center for Southwest Studies at SMU, which includes one of the world’s largest libraries of books on Texas history.

Although Clements was not a natural politician, George Seay said, he liked being in a position of leadership and doing good things for his state and his country.

“He always said that he was a Texan, an American, a patriot, before he was anything else, including a Republican,” George Seay said. “He told me that in 1964 — this was his quote — he held his nose and voted for Lyndon Johnson ‘because it was good for Texas.’ ”

Clements never did get used to working the room, his family recalled. He didn’t schmooze well, George Seay said, instead preferring to let his actions do the talking.

When Clements retired in 1991 — as the longest-serving governor of the state, until Rick Perry came along — he never really looked back to politics, George Seay said.

“I don’t think people today understand just how dynamic, powerful, and effective he was, because he didn’t talk about himself, and he didn’t try to write a legacy for himself,” George Seay said.

Clements continued to work hard, dedicating his time to friends, family, and philanthropy. Clements would go into the office once or twice a week, and Bayoud often had the chance to have lunch or coffee with him. Clements was never too busy to talk.

“He was still my mentor, and although we were no longer business partners, I would seek his advice and counsel in some of the things I was doing,” Bayoud said. “He was like a father to me.”

When Nancy Seay became the executor of his estate after he died in 2011, she said she found personal notes filed away, evidence of who he was: a person who really cared about people.

“He could be brusque with people,” she said, “but he could also be a real softy.” 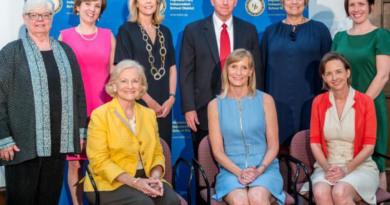