For the second time in eight months, an adult who works at Hillcrest High School has been arrested because of an alleged sexual relationship with a minor.

Last Friday evening, principal Ronald Jones sent an email to the Hillcrest community that said a first-year teacher had been arrested.

“The teacher was new to our staff this year and is believed to have had this relationship with only one student,” Jones wrote. “We are obviously stunned and saddened by this news but wanted to make sure that you were aware of it.” Jones’ email did not include the teacher’s name, but The Dallas Morning News identified the teacher as Lesley Ann Sharp, 24, of Collin County.

Last December, Juan Clemente Silvas, 25, was arrested on the day he began working on the Hillcrest campus as an employee of the Academic Success Program. Arlington police said a16-year-old student at Kennedale High School had accused Silvas of sexually assaulting her.

The Collin County Sheriff ’s Office confirmed that a woman named Lesley Ann Sharp was arrested Aug. 8 and provided her booking mug, but gave no further details because Sharp was arrested at the request of Dallas police. Sr. Cpl. Sherri Jeffrey, a spokeswoman for the Dallas Police Department, said she could not release the arrest affidavit because the case involved sexual assault of a minor.

Nonetheless, the Morning News obtained documents related to the case and reported that the charges against Sharp include having an improper relationship between educator and student, possession or promotion of child pornography, tampering with physical evidence, and perjury. The Morning News also reported that Sharp was released from the Collin County Jail on $29,500 bail early Friday.

Documents obtained by the daily paper indicate that Sharp and the student allegedly had sex in her car in a parking lot, in her apartment, and in his apartment while his parents were not home.

Sharp is also accused of exchanging thousands of sexually explicit text messages with the student, including photos, according to the Morning News. DISD spokesman Jon Dahlander told the Morning News that Sharp has been placed on leave pending the outcome of the criminal case. 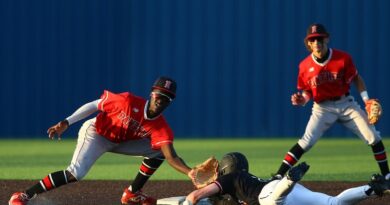