For years, it has been argued that the lack of lights on the softball field has created a Title IX violation. This year, the U.S. Department of Education’s Office of Civil Rights even started looking into it.

But this wasn’t just about softball — district officials fought for lights on the tennis courts, as well.

With this week’s unanimous vote, there will finally be light for softball and tennis players, following months of discussion.

“As you will recall … we closed the hearing on this, I think, two meetings ago, and we have received, since then, innumerable emails that we have read and have here,” Mayor Dick Davis said.

Neighbors argued against an increase in traffic and noise, in addition to lights that would shine through their windows at night.

Studies were done on foot-candles of light and decibels of noise to get down to specifics. Even in the last meeting, a few details needed to be ironed out.

The phrase “non-UIL games” was changed to “non-UIL events” in the clause that bans private, club, or adult leagues from using the lights and sound system. The clause allows lights to be used by minors who attend Highland Park ISD schools. “In that, essentially, we have a broader definition,” city manager Bob Livingston said in the pre-meeting work session.

Additionally, the council added a clause that would ban whistles from being used at non-UIL games after 6 p.m.

As established earlier, cutoff time for the lights will be 9 p.m., with no innings starting after 9 p.m. for non-UIL games. No use of lights or music will be allowed on Sundays.

The unanimous vote passed before a small group of players and neighbors in attendance. 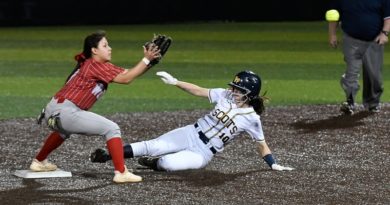