Highland Park’s Town Council approved two proposals from consulting firm NBBJ on Monday — one to guide the development of Highland Park Village and another to create a traffic study of the town. Both have been in the works for a few months.

“Everyone is well aware of what we’re doing,” Mayor Joel Williams said. “I will tell you that … Councilman [Andrew] Barr has gone way beyond the call of duty.”

By that, Williams meant that Barr revised the proposal regarding the Village. Originally, the costs of the Village study were going to be split between the town and the Village, including an economic analysis.

Under the approved proposal, the economic analysis’s costs will be solely the Village’s responsibility; the rest of the costs will be split down the middle. Councilman Stephen Rogers still wasn’t thrilled.

“I’d say that the product is obviously better than what we had,” Rogers said of the revised proposal, but he was still opposed to the idea of taxpayers footing the bill for a study about a shopping center’s development.

For the proposal regarding the Village, Rogers was the only dissenting vote. Representatives for the Village had no comment.

The proposal regarding the town’s traffic study was a different matter.

During meetings with NBBJ last month, Williams expressed concern that the proposal was more like a mobility study and needed more focusing.

The vote to approve the updated traffic-study proposal passed unanimously. 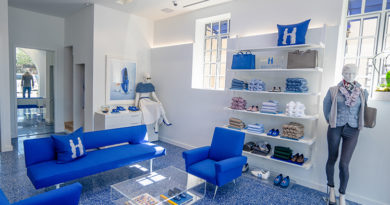 Step Inside the All-New Hadleigh’s

13 thoughts on “Town Signs on For Studies of Traffic, Highland Park Village”