Three months after he reported receiving more than $700,000 in political donations, Park Cities native Chart Westcott officially launched his campaign for the Legislature on Tuesday.

In a video called “Making Government Work,” Westcott says he’s seeking the Republican nomination for House District 108 because he doesn’t want what’s happening in Washington to happen in Austin.

“We have a dysfunctional Congress filled with liberal Democrats unwilling to work with Republicans on any level,” Westcott says as the video shows Rep. Nancy Pelosi, Sen. Harry Reid, and President Barack Obama. “We have a president who ignores the will of the people, dictates policy by executive order, while running up more debt than any president in history.”

The M Streets resident then transitions to a summary of his platform issues: lowering taxes, balancing budgets, reducing regulations, giving parents’ more options for their children’s education, and “standing up for our traditional Texas values of faith, family, and the sanctity of life.”

The video concludes with a plug for Westcott’s website, where there’s definitely a focus on federal issues, even though he is seeking a state office. “I will fight the Obama Administration at every level and on every issue I can,” the site says under the heading “Fighting Washington & Obamacare.”

Westcott, 28, is one of three Republicans who have expressed interest in the House seat that University Park’s Dan Branch is vacating to run for attorney general. The others are small-business owner Court Alley, 33, of Devonshire and attorney Morgan Meyer, 39, of University Park. Another University Park attorney — Leigh Bailey, 34 — is running as a Democrat.

Westcott is a graduate of Greenhill and Vanderbilt, and he has a law degree from SMU. His website says he is a partner and general counsel of Commodore Partners, a private equity company that focuses on investments in technology and real estate. The top result on a Google search for “Commodore Partners” is the website for Westcott LLC, the investment firm founded by the candidate’s father, Carl Westcott of Highland Park.

The extensive list of supporters on Chart’s website reads like a who’s who of the Park Cities and Preston Hollow. Among those who have endorsed his candidacy are Dallas Cowboys owner Jerry Jones and legendary players Troy Aikman, Daryl Johnston, and Roger Staubach. Aikman is the honorary chairman of his campaign.

“I am supporting Chart because he has a passion for our great country and for Texas,” Miller said. “He believes in the exceptionalism of America and the strong work ethic that our country exemplifies — especially in Texas. Our state is a magnet for the entrepreneur embracing our free-market system. I see him as the next ‘Reagan Conservative’ generation.” 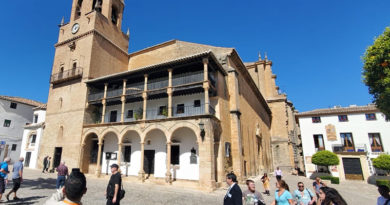