Bluffview residents Todd and Abby Williams are sponsoring T-shirts designed to create brand identity within DISD feeder patterns. Project organizer Louisa Meyer hopes they will be the first of many such sponsors.

Meyer wants to borrow an idea from Highland Park ISD, where there is a tradition on the first day of school: For at least 25 years, high school seniors have given out T-shirts to kindergartners that identify them as members of the class that will graduate in 13 years. Last August, students at the district’s four elementaries received “HP Class of 2026” shirts.

The Williamses, who are known for their philanthropy in support of public schools, have committed to sponsor at least 7,000 shirts for approximately $30,000, Meyer said.

Meyer met Todd Williams through DISD’s Citizens Budget Review Commission. When she sought his advice on how to pursue the project, he suggested having sample shirts made and photographed on students.

Preston Hollow resident David Fechtman, whose son played football with one of Meyer’s boys at W.T. White High School, donated the sample shirts. They were made by his company, Adventures in Advertising.

“I think DISD gets a bad rap,” said Fechtman, whose daughter graduated from Hillcrest. “Socially, we felt like you got a greater exposure to life going through DISD. It’s less homogenous, and as a result of that, my little girl is fluent in Spanish, which I think is great.”

Meyer used photographs of kids in the T-shirts during a recent presentation to University Crossroads, a partnership of colleges and universities, chambers of commerce, nonprofit organizations, businesses, and DISD. Her presenation made the point that many sports fans dress their children in merchandise promoting colleges and universities from the time they’re born, but high schools don’t get promoted as brands at all.

Meyer is obviously a big a proponent of DISD, where the graduation rate has risen from 62.5 percent in 2007 to 81 percent in 2012. (For comparison’s sake, the statewide rate went from 78 percent to 87.7 percent in the same span of time.)

“This project hopes to continue that trajectory and also increase the rate of college graduation,” Meyer said.

If you’d like to get involved with the T-shirt effort, reach Meyer via email at [email protected] 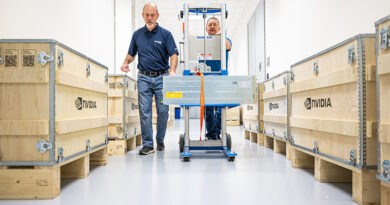 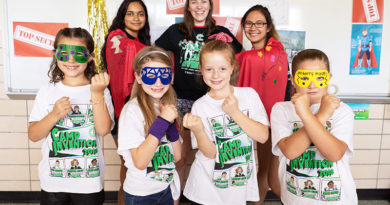 A Camp For Children Who Like To Make Things