I’ve never seen Avenue Q, the Broadway musical that’s been described as “Sesame Street for adults,” but I’ve heard a lot about it. I know it features songs such as “Everyone’s a Little Bit Racist” and “I’m Not Wearing Underwear Today,” so you can imagine my surprise when I saw that the show was going to be performed this week by Greenhill students.

Not so fast. Greenhill is staging a modified version called Avenue Q/School Edition.

Michael Manes, head of fine arts at Greenhill, said the school version of the show does not include some of the original’s songs. Other songs’ lyrics have been modified for teenage performers and audiences.

“It still addresses a lot of issues,” Manes said. “But it just handles them in a different way.”

When Synthia Rogers, the director of upper-school theater, brought the script to him, Manes read it cover to cover before signing off on the production.

“They did a good job of modifying things to make it PG-13,” he said.

But Manes said Greenhill has a history of staging “edgy” shows, including The Laramie Project.

“We have a diverse population; we embrace diversity,” he said. “And this musical ticks a lot of those boxes.”

Rogers, who has taught theater at Greenhill for 21 years, said this is the first time she’s directed a puppet-based show there. She brought in Michael Robinson, artistic director of the Dallas Puppet Theater, as a consultant. He created the puppets for Theatre Three’s production of Avenue Q, and those very puppets are the ones being used at Greenhill.

“We just try to keep the kids current, as this is a college-preparatory school,” Rogers said. “Many of them had seen the show, either here or in New York, and they were very excited about it. Of course, we had to explain to them that we wouldn’t be doing the same show they saw.”

If you would like to see the show they’re doing, you have four opportunities. Performances are scheduled for 7 p.m. on Thursday, Friday, and Saturday, as well as 2 p.m. on Saturday. 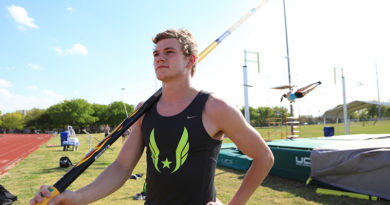