Editor’s note: A version of this story appears in the March edition of Preston Hollow People.

Although his 90-year-old legs don’t have the rhythm or the dexterity they once did, Buster Cooper can’t help himself.

He still teaches adult tap dance classes twice each week at Preston Center Dance, and Cooper isn’t content to sit back and watch. He would rather lead by example.

“Let’s try it with music,” Cooper says before motioning toward one of his students in charge of the CD player. “Change it to No. 14 this time.”

He has heard No. 14 countless times before, yet once the upbeat piano number starts, Cooper’s feet start moving, and he works up a sweat alongside his pupils.

“Let’s see if I can stay in time,” he says to about a dozen students, some of which are less than half his age. The soft-spoken Cooper commands the room with a voice that is raspy yet authoritative, barely pausing for rest between one routine and the next.

The lesson teaches not only the finer points of tap dance, but also conveys a continuing passion for the art form that has led to Cooper teaching dance in some capacity for 75 years.

“He has taught so many people over the years. He just keeps going,” said Carol Pearson, who has been taking Cooper’s classes for 15 years. “He does an excellent job.”

Cooper is an Arkansas native who was introduced to dance as a small child. A nursemaid taught him the Charleston and the Black Bottom, then take him to the market or the town square for an impromptu public performance where she would pass the hat for donations.

“Then my mother would find out about it and she put a stop to it,” Cooper said.

Still, Cooper was hooked. He began taking dance classes and even began teaching others as a teenager. He wound up performing as a tumbler and an acrobat, and as part of various nightclub acts.

But his skills as a performer often took a backseat to his abilities as an instructor and choreographer with every major dance organization in the country. His roster of famous students includes Tommy Tune, Sandy Duncan, and Nanette Fabray. At one point during the 1970s, six of his students were performing on Broadway.

Cooper moved to Dallas in 1952 when he was hired to choreograph an opera at Hockaday. He taught there for many years and has been based in the area ever since.

Then there are his shoes, which Cooper has worn for decades. They have authentic wooden heels — which aren’t made anymore — and are customized to fit his wide feet. Whenever he has a problem with them, Cooper sends the shoes to Chicago for repairs.

They’re still tapping along with Cooper, whose 90th birthday festivities last summer included a gala celebration at Fair Park Music Hall. He has no plans to give up dancing as long as his body allows it.

“It’s his creative outlet. It keeps his mind sharp,” said his daughter, Leslie Cooper. “He just lives and breathes dance. He makes it fun.” 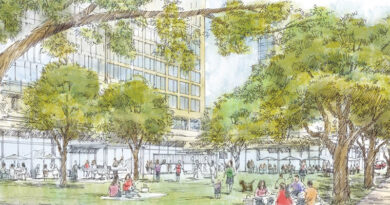 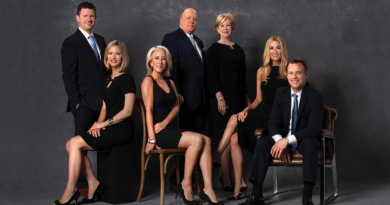