Parker is retiring after a 41-year career that included numerous awards for his choirs at WTW and Cary Middle School. Several of his performers have earned recognition at the UIL State Solo and Ensemble contest. He has been named a teacher of the year at all four campuses at which he’s taught. He’s written several original music reviews. The accolades go on and on.

Parker will direct his final performance of the Showstoppers choir tonight at a special venue — the Meyerson Symphony Center. The concert, called “Mr. Parker’s Opus,” will include an appearance by the W.T. White Alumni Choir.

“I am thrilled and honored to have my final concert with these beautiful students at the Meyerson,” Parker said. “It’s a dream to be able have them perform in this venue. They work very hard and I hope this is seen as a tribute to their work, too.”

The concert will feature a variety of performances from Parker’s students, both past and present. It will be the first appearance for the Showstoppers at the Meyerson.

“Michael Parker has been more than a choir teacher for W.T. White students. He’s been a mentor, confidant, and a positive influence on their development as young adults. He’s always gone the extra mile to help them succeed,” W.T. White principal Michelle Thompson said. “Under his direction, our choir program has been exemplary and the students have believed in his vision. The only way to honor him is by displaying the talent he’s nurtured and developed.”

Tickets for the concert are $7 for adults and $5 for students, with a limited number of special-seating tickets available for $25 from the W.T. White Alumni Association. For more information, call 972-502-6200. 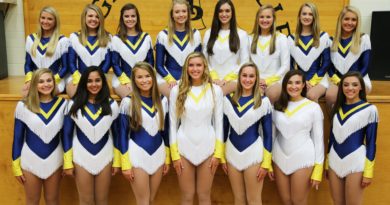 SMU Homecoming Parade is This Saturday