Jack Smith was 4 years old when his first painting of a penguin made the cover of his pre-school newsletter. And that was before he gave much consideration to elements such as color, form, and texture.

Almost a decade later, Jack is a seasoned painter whose works have been commissioned and sold for thousands of dollars. His first gallery exhibition this summer has been well received. And he’s expanding into other media, crafting artwork out of anything from Legos to spare parts in his garage.

“Anything that I can create out of other things, I like doing that,” said Jack, who will enter eighth grade at Highland Park Middle School in the fall. “I like really dynamic colors and lots of texture in my paintings.”

Jack and fellow local artist Claudia Coker are being featured this summer in a show at Zhen Music and Arts Institute on Lovers Lane, where Jack has been a student for more than three years.

Gallery owner Zhen Wu said the ongoing show includes about 15 of Jack’s paintings, all of which were created in the past year. He said they reflect Jack’s maturity in his technique.

“For his age, it’s incredible what he’s done,” Zhen said. “He has a lot of talent. He’s technically sound. It’s not just someone putting paint on a canvas.”

As a painter, Jack specializes in heavy-body acrylic canvases with abstract interpretations of nature and landscapes, although his styles vary.

Some of his other creations include a pulley system for a fort in his backyard, a motorized chairlift using Legos, and a sprinkler made from PVC pipe. He said working in a diverse array of media provides him with different creative outlets.

Jack also is involved in sports, music, and acting. He already is a veteran of several school plays, and his family recently hired an agent to help pursue work in other productions in the Dallas area.

When he’s at home, Jack tends to ignore video games and television, instead spending most of his free time in his private studio, where he usually has multiple projects going at once.

“Since he was 4 years old, he’s been painting and drawing. He’s always been so creative,” said Jack’s mother, Malley Smith. “He’s not about making money. He honestly just loves it.” 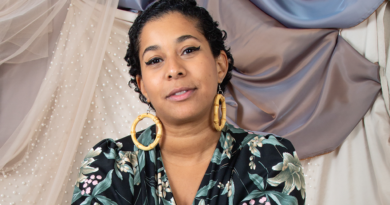