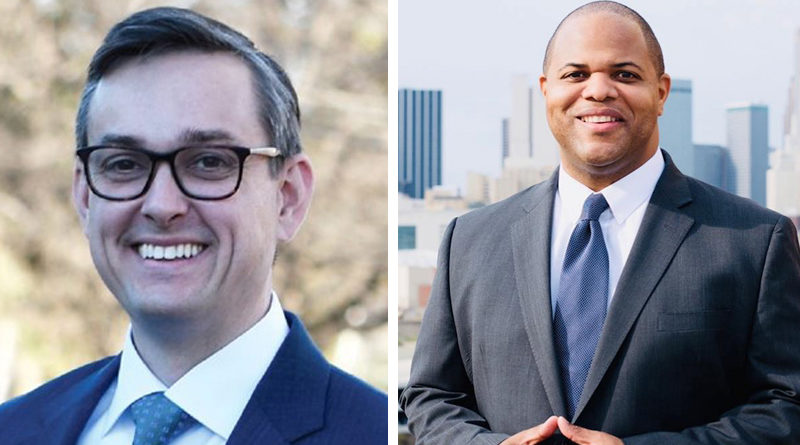 It’s been roughly one year since state Rep. Jason Villalba held an open house at his district office at North Central Expressway and Walnut Hill Road. In that time, he’s racked up a number of accomplishments during his term representing Preston Hollow and Lake Highlands.

But the freshman legislator has also learned some lessons along the way.

“The biggest surprise is really on a personal basis,” he said. “The time commitment for this job is great, and if you want to be good at it, you have to give more of yourself that there is time in the day. I’ve learned to be more efficient in my time at home, so that when I am home with the kids, we’re spending good, quality time.”

With his family-to-service ratio balanced, he’s been able to approach many issues that are dear to Texans’ hearts. For one, Villalba has established himself as a pro-business leader.

Villalba led the campaign to “bring Sriracha to Texas” when it became known that parent company Huy Fong Foods was facing complaints in its home state of California.

Eventually the company decided to work through issues with local government. But should the company expand, officials have expressed their interest in doing so in Texas. Much of that progress is thanks to Villalba’s visit.

“When I walked up to the plant, they were flying the Texas flag,” Villalba said. “They did this because of our efforts. That’s a big deal.”

Villalba is also working to enable Tesla Motors to bring a battery factory to Texas. The legislation required to do so hasn’t passed yet, but he hopes to continue along that path in the next session.

But business isn’t the only issue he cares about. Following the tragic shooting at Sandy Hook Elementary School in Connecticut in 2012, the father of three was inspired to draft legislation that would protect elementary students.

The Protection of Texas Children Act became law last year, allowing school marshals to patrol anonymously, similar to that of an air marshal.

Family also inspired his work in designating May 24 “Lung Cancer Awareness Day” in Texas. During his campaign, Villalba’s sister was diagnosed with lung cancer and lost her battle not long afterward. May 24 was her birthday.

“That was a very emotional moment for me,” he said. “My time in the legislature was impacted.”

Villalba said he stays busy attending book fairs at elementary schools, holding town-hall meetings, and making sure he’s in touch with the needs of the community.

“To me, this is a very personal job,” he said. “It’s not about my ambitions. It’s about my neighbor, my sister, my children, the dads I see at the soccer games, or the moms I see work so hard at the PTA clubs.”

This fall, Villalba’s office will hold district events geared toward elderly and young-family residents, covering topics such as Alzheimer’s screening and sexual-abuse awareness.

This story appears in the August edition of Preston Hollow People, on stands now.