Ted Strauss, the Preston Hollow civic leader and philanthropist who launched several ventures in the finance business in Dallas, has died at age 89.

The Dallas Morning News has more details about the accomplishments of Strauss, who was married to the late Annette Strauss, the first female mayor of Dallas. His brother, Bob Strauss, was an influential lawyer who died earlier this year.

Strauss had been ill for some time prior to his death. A memorial service will be held at 4 p.m. Monday at Temple Emanu-El. 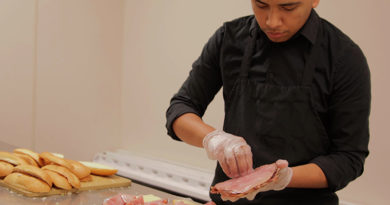 Teaming Up to Feed the Needy