A poor start proved too much for St. Mark’s to overcome against Fort Worth All Saints on Friday.

The Lions staged a third-quarter rally but eventually were turned away after two key interceptions by the Saints, who claimed a 30-13 victory in an SPC divisional matchup at Hunt Family Stadium.

St. Mark’s spotted All Saints 17 points before bouncing back behind sophomore quarterback Hyer Thomas. He tossed touchdown passes to Elton McIntosh and Case Brabham to bring the Lions (2-2) to within 17-13 late in the third quarter.

However, St. Mark’s couldn’t sustain the rally, thanks in part to a pair of interceptions by the Saints (2-2), both of which came in the end zone. The first was by Isaiah Harris on the last play of the first half, and the second came in the fourth quarter by Quincy Jones, whose 100-yard return helped to seal the game.

“In the first half we were a little tentative. We made some adjustments at halftime, and came out in the second half and were more calmed down,” said St. Mark’s head coach Bart Epperson. “I was pleased with how the guys hung in there.”

The Lions forced three turnovers — including fumble recoveries by Thomas Mattingly and Bryce Killian, and an interception by Graham Gillespie — but couldn’t capitalize.

Thomas was 23-of-39 passing for 315 yards before leaving the game late in the fourth quarter with an injury to his throwing hand. St. Mark’s already lost starting quarterback Walter Johnson to a season-ending knee injury three weeks ago.

William Caldwell had seven catches for 135 yards, while Brabham caught eight passes for 91 yards. Justin Jones rushed for a game-high 93 yards on 20 carries.

All Saints took a 17-0 lead in the first quarter, with resourceful quarterback Ryan Suitt leading the way. Jonathan Song kicked a 51-yard field goal, and Walker Rynd took a tipped pass 59 yards for a touchdown as part of the early barrage.

Turner Corbett finished with 88 yards rushing and two touchdowns for the Saints.

Now St. Mark’s will turn its attention to the first of two Oklahoma trips next week, when the Lions travel to Oklahoma City Casady.

In other area games on Friday:

Jack Johnson rushed for 166 yards and four touchdowns, and also caught a scoring pass, as the Eagles (4-0) remained unbeaten with another strong offensive effort. Winston Guillory caught nine passes for 189 yards and two touchdowns as ESD pulled away from the Bearcats (0-4) in the second half. The Eagles had 514 total yards.

A touchdown in the closing seconds spoiled the debut of the blue turf on the home field of the Panthers (2-1). Parish put up some big offensive numbers, with Dominic Williams rushing for 193 yards and four touchdowns, but the Tigers (3-1) forced six turnovers to help them rally from a nine-point deficit in the final three minutes.

Despite missing starting quarterback Christian Hutzler, the Trojans (2-1) bounced back from a loss last week. Parker Oliver scored on a rush, a pass, and a reception, and Nahshon Ellerbe tallied 122 rushing yards and two scores to help TCA rally from an early deficit. The TCA defense forced four turnovers by the Yellowjackets (0-4). 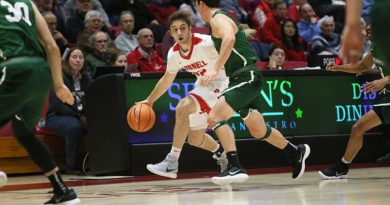