It only takes one Friday night of watching the hit television series “Shark Tank” to realize there are a lot of people out there hoping to stumble upon the next million-dollar idea.

What’s more, he has a newly acquired $1.2 million investment to prove it, and he didn’t even have to fly to an ABC studio in Los Angeles to get it. But before we get ahead of ourselves, let’s go back to the beginning — we’d call it “the drawing board,” but that’s not exactly how menswear brand Mizzen + Main’s founder-without-a-design-background got started.

“I watched a guy run into a building absolutely soaked in sweat, and he looked terrible,” said Lavelle, recalling a summer internship in Washington D.C. “I thought, ‘Why has no one added performance fabrics to the lineup of men’s dress shirts?’ ”

It was a potentially groundbreaking question, at least in terms of the fashion world. The only problem? Lavelle wasn’t quite ready to answer it.

At the time, he was studying engineering management and had zero background in the fashion industry — meaning that while he worked in Abu Dhabi and Dubai for a few years after graduation, his idea gained more shelf space than his product.

When he came back to the U.S. and started working for the Hunt family, however, things finally changed.

“This idea just kept nagging me, and I decided, ‘I have to give this a shot.’ I spent about a year in product development just learning the fabrics, the textile industry, what it means to make a shirt — I actually learned how to sew,” said Lavelle, who is the CEO of Mizzen + Main and shares the title of co-founder with partners Web Smith and Steven DeWitt.

While he can technically sew his own shirts thanks to his tutelage under a local seamstress, Lavelle is well past the point of needing to.

Mizzen + Main consisted of two white dress shirts made from moisture-wicking performance material in the summer of 2012. More than 5,000 carefully considered fabric swatches later, “we have about 15 dress shirts, six Henleys, [and] we just released our blazer and our denim as well,” Lavelle said.

The Mizzen + Main founder is now seeking to increase his marketing, host additional trunk shows in the locker rooms of professional athletes, and grow his product line thanks to an investor line-up that includes Hunter Hunt, Bobby Lyle, and Chris Kleinert.

Also in the mix: lead investor David Schottenstein, who founded menswear line Astor and Black before selling the company for more than 40 million in 2011.

“What these guys are doing is a total game changer. They are completely revolutionizing men’s shirts, and are doing to menswear what Tesla has done to the automobile,” said Schottenstein, who enjoys wearing Mizzen + Main’s blue gingham spread collar around his stomping grounds in Bal Harbour, Fla. “They are making slim-fit clothing so comfortable that you literally could play a full game of basketball in them.”

Speaking of game changers, Lavelle is one — at least according to a list of movers-and-shakers recently compiled by Men’s Fitness.

“To be nominated as a Game Changer is really an incredible opportunity. They picked a lot of phenomenal people in a variety of industries,” said Lavelle, who is in good company on the 2014 list alongside famous names like Tim Howard and Pharrell Williams.

In other words, Lavelle can check off the “Gain national attention for Mizzen + Main” item on his to-do list.

Thanks to a new man cave-like showroom in the Dallas Design District (it has its own bar), it sounds like he’ll soon have his hometown on lockdown, too.

“It feels like we’re really starting to get some more traction within the Dallas community itself,” Lavelle said. “We’re excited to have our own space and be more of a fixture when it comes to great startups and companies that are doing great things here in Dallas.”

No swimming with the “Sharks” required.

Help a Deserving Mom Freshen up Her Wardrobe 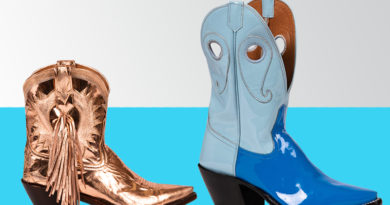