In that regard, the Bears were successful. Lynch (35-9) earned its third straight state title with a 3-1 victory Saturday night, but it was anything but a routine win.

The Bears leaned on the all-court game of Brianna Hoelting, their only senior starter.

“It was up to me to be a leader and I’m so proud of the way we came out tonight,’’ Hoelting said.

“Our goal all season was to build to get here,’’ said Atchison. “We really focused on what their hitters did and what we could do against them.’’

Lynch grabbed control of the second set to even the match with Morgan Reed serving seven straight points.

Ursuline fought back in set four, opening a quick 8-2 lead. Lynch tied it at 11 and from that point neither team was able to lead by more than two. Ursuline had one set point and fended off three match points.

“This one was more of a relief,’’ said Lynch coach Tricia Roos, who increased her state title count to four since taking over in 2007. “We played Ursuline in the finals last year and in the semifinals the year before that. We know each other well and that makes it hard.’’ 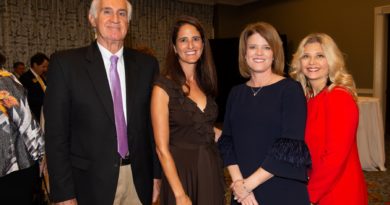 Re: Ursuline to Face JPII on Saturday