Last night’s HPISD school board meeting was back at its regular, MIS location, but parents and community members poured in just the same. Clipping along through the agenda, trustees moved up their discussion of the EFA (LOCAL) instructional resources — a.k.a. the next chapter in the controversial-book saga.

Kelly emphasized the importance of being what he called “ruthless with ideas but careful with people” — that is, he calls on members of the community to think about the task at hand with scrutiny, but remember to be polite to those with differing viewpoints.

Superintendent Dawson Orr then clarified some procedural policies regarding state-mandated duties of the superintendent and the board.

Board president Leslie Melson expressed her desire to see some “short-term repair” by the December meeting, and the board officially charged Orr with the task of reviewing and making recommendations on revising the EFA (LOCAL) policy.

After all that, roughly a dozen speakers then continued to voice their concerns — on both sides of the argument.

“I applaud trying to tweak the system, but don’t throw out the baby with the bathwater,” Highland Park resident David Genender said. “You can’t please everyone all the time.” 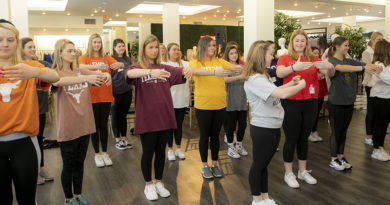