At 8 and 10 years old, Isabelle and Katherine Adams have accomplished more than many adults. Through their organization, Paper for Water, they have raised more than $400,000 to build 50 wells in Ghana, Liberia, Kenya, India, Zimbabwe, and Ethiopia by selling origami ornaments.

In October, the Preston Hollow sisters were honored for their philanthropic efforts at the 2014 Caring Awards. They stood among fellow honorees Muhammad Ali, Gabby Giffords, Jane Seymour, and President Bill Clinton, and though there were other children honored, Isabelle and Katherine were the youngest.

Paper for Water is not the first project for Isabelle and Katherine, although the only one they’ve stuck to. Their father, who is half-Japanese, taught them how to fold origami.

“We thought we would only do it for a month, like all the other projects we’ve done,” Katherine said.

But the origami ornaments they made to benefit Living Water International sold out after one day, and they knew they had a special opportunity. One well in Ethiopia cost $9,200, so after they had a little more money, they raised enough to build at least one more well. They increased their prices and made more ornaments with the help of others in the community.

The sisters have sold their origami ornaments at all sorts of events and markets and at the Crow Collection of Asian Art. They’ve also found donors willing to give based on likes and shares on their Facebook page.

The girls were looking for what their next project should benefit, and a neighbor gave a convincing argument for Living Water International. The Adams family has even been able to travel to India to see the impact the wells have made.

“It was really inspiring and it made me feel good inside that I was helping someone,” Katherine said. “They told us about how it was before the wells, and all the kids would have to take dangerous trips to go get water.”

But now, thanks to a whole lot of paper folded by some determined young girls, they have water right in their backyard. The sisters have huge ornaments in progress and buckets full of colorful creations, because they’ve found a way to turn their love for art into a service for others.

They traveled to Phoenix, Ariz. for the Caring Award ceremony, and were also able to do some sightseeing. By the time the event rolled around, the girls were pretty exhausted.
“The event went until midnight, which is two o’clock here,” Isabelle said.

Needless to say, the girls were nearly falling asleep in their seats, but were fully capable of delivering their short speech thanking everyone for the honor and explaining what clean water does for the people in third-world countries. 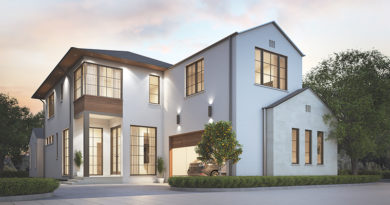