The Dallas Opera announced its 2015-2016 season themed, “Seeking the Human Element,” with the help of the Highlander Band yesterday in front of the Margot and Bill Winspear Opera House at the AT&T Performing Arts Center.

Dallas Opera General Director and CEO Keith Cerny, composer Jake Heggie, and mezzo-soprano Joyce DiDonato were on hand for the announcement and concert.

Opening night of the 59th season is Oct. 30, when the Opera will perform the world premiere of Great Scott,
with DiDonato portraying the lead Arden Scott.

The works chosen for this season are all from the 19th and 20th centuries. Read more about the shows here. It looks pretty good. 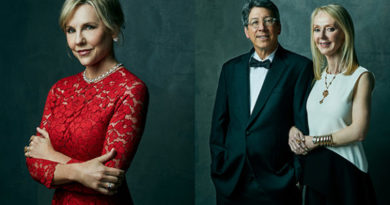