When Hunter Pond first opened the East Hampton Sandwich Co. in Snider Plaza in 2012, there’s no way he imagined winding up on the Forbes 30 Under 30 list just three years later.

“It was pretty freaking exciting,” Pond said. “I was like, ‘Whoa, it’s getting real now.’”

The restaurateur is only 27, but he’s already got three locations of fast-casual dining under his belt. Funny thing is, the Highland Park High School graduate never necessarily pictured himself opening a restaurant.

After getting his undergraduate degree from Texas Tech, he enrolled in law school at St. Mary’s University in San Antonio. Even though visions of lobster rolls weren’t dancing in his head just yet, he knew he wanted to eventually open his own business.

“My dad is an entrepreneur, and my mother owned her own business,” he said. “I have that blood in me.”

Pond did a project on restaurants for an entrepreneur class in college, but it took what he calls “soul searching” to find out it was the industry for him. He eventually dropped out of law school in order to open shop.

Today, the restaurant has expanded to Fort Worth and Plano, and Pond and his business partner, Will Stroud, hope to open seven more in the next few years.

With that rate of expansion, it’s no wonder his sandwich restaurants have caught national attention. Apart from the Forbes recognition, East Hampton also made a list of the “21 best sandwich shops in America” by Thrillist.

Pond and his team credit a number of elements to this success: for one, Pond aims for operational efficiency from a business standpoint; he tries to make sure he delegates tasks and prioritizes wisely to keep things running like clockwork.

But then there’s the food. Director of operations Michael Guerrero — a fellow HPHS graduate — points to their high-quality ingredients and aesthetics as part of the appeal.

“There was a void in the market for a higher-end sandwich,” he said. “We don’t use any deli meat. All of our proteins are registered in-house. Every sandwich we have has a specific sauce. With social media and everyone taking pictures of everything, nice presentations are great along with the quality of our sandwiches.”

In addition to building that reputation, Guerrero and Pond both know that the national attention their team and sandwiches are getting will help propel them to reach those lofty expansion goals.

“We’re obviously a smaller company, and being involved with something in its growing stages is great to be a part of,” Guerrero said. 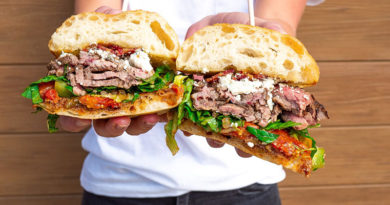 From Fall Menus to Vegan Options 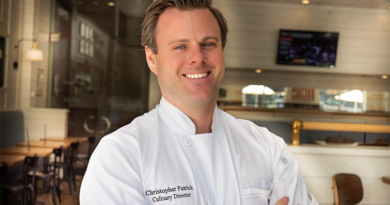