Park Cities native Jordan Knape modeled for the cover of her book, which is available on Amazon or on her website, bestbodymemoir.com.

Need help or just need to talk to someone?

Jordan Knape was just 13 years old when she was admitted to the hospital five days before Christmas. Doctors told her parents she probably wouldn’t survive the night.

Just a few days before that, Knape attended a Christmas party with her mother where everyone raved about how beautiful she looked.

Knape was dangerously thin and suffering from anorexia, a disease common among middle-school and high-school girls.

“Eating disorders have big influences like environmental trauma and all sorts of different things,” Knape said.

For her, family dynamics and genetics came into play. But the final straw was a camping trip with her middle school class from Highland Park. Overnight, the boys in her class had ranked every girl in terms of looks. Knape had won “best body.”

“Basically, I lost all my girl friends that morning, because all of the sudden I was competition,” she said. “All these boys that I had grown up with weren’t really my friends. They were looking at me in a way I wasn’t ready for. It made me aware of the culture I was growing into that I wasn’t really feeling comfortable about. It was a big moment for me.”

That memory inspired the title of Knape’s memoir on recovering from her eating disorder, Best Body: Pretty Miserable Perfectness.

Knape now works as a freelance writer in New York, but she was able to complete her recovery at Children’s Medical Center in Dallas — after spending her 14th birthday in the hospital.

She began writing her story at age 18, while she was still technically recovering.

“I finally fully recovered at 21, but it was still an open wound to some degree,” she said. “Once you have an eating disorder that’s as severe as mine was, it’s really hard to recover. But I fully recovered, which is a huge gift, and I wanted to figure out why.”

By 24, she had finished her book and was ready for the editing and publishing process. She credits family as a major motivator in her successful recovery, including her younger sister, August.

“After years of seeing her work on her Best Body memoir, and after reading numerous versions, it is exciting to see her hard work in a tangible form,” said August, a Hockaday graduate. “Her story is powerful and I hope it helps others to understand the true complexity of eating disorders and just how life-threatening they are.”

Knape now runs a website to go along with her book, and she executed a soft launch in November so the book could be available on Amazon. She’s planning an official launch in late March. She also hopes to embark upon speaking engagements to encourage girls and families who might be struggling with the same thing.

“Recovery comes in steps, so it takes a long time,” she said. “It’s not something you want to play with.”

In addition to a supportive family and strong medical community, Knape credits catching the problem early as a major factor in a successful recovery.

“The reality is that the longer you suffer without treatment, the harder it is to recover,” she said. “At the end of the day, recovery is a totally personal choice. It’s just a decision to live and be healthy instead of be in denial and hiding. The benefit is that [after recovery] you can have this full life.”

[dropcap]A[/dropcap]big, flaming, red-hot spark for my eating disorder boomed on a weeklong school campout in the seventh grade. The boys in my class made a list of the girls in the class and rated them from top to bottom. They itemized them. They picked off their parts and pieces and they said who had the best what and where. Of course the list only involved looks — what else was there to talk about?

Best face, best body, best eyes, best lips, best arms, best butt, best legs, best breasts. On the list there were three spots for each item: a Number 1, a Number 2, and a Number 3. So, out of all the seventh and eighth grade girls from our school, there could only be 3 arms, 3 lips, 3 legs. And one of them was best, and one of them was worst, but still visible, still noticeable as a number 2 or 3. I appeared on the list a lot, and so did one of my best friends, but my other closest friend did not appear on the list at all. So how was I supposed to process that? What was I supposed to say to her, and she to me?” 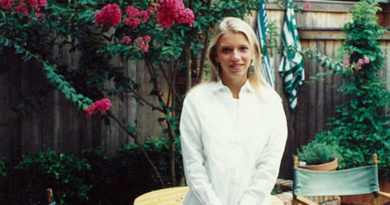 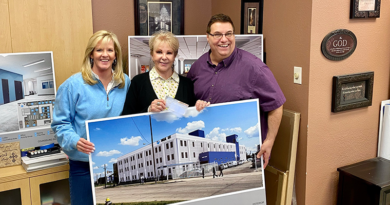