It was a gloomy Christmas Eve day in Romania when Samuel Bistrian unloaded a van full of rain boots for children living in poverty.

“There was no indication that it was Christmas Eve,” Bistrian said. “Kids were on the street. You could hear a dog barking, or see smoke in the distance, with slush and mud everywhere, and I’m like, ‘There are kids at NorthPark mall right now, probably my kids, looking forward to Christmas, and these kids have no idea. They’re in flip-flops in this mud.”

A few years prior to unloading a van full of rain boots, Bistrian was unloading boxes from a truck every morning as a worker at Neiman Marcus. Before that, he was one of the kids living in poverty in Romania under Communist rule, where he would harvest fields only to see that harvest go back to the government.

“I remember going to bed hungry many times,” he said.

He grew up with 11 siblings, and when he was 8 years old, his parents moved their family to Chicago. After high school, he relocated to Texas to attend Dallas Baptist University, where he met his wife and the mother of his two daughters. He graduated with a communications degree and started working for Neiman Marcus — first to unload boxes and then as a manager.

“I [wanted] to be able to do something more. So I just quit,” he said.

He took a year to soul-search and decided to help the children of Romania. But when the economy collapsed in 2008, he went back to Neiman’s and met Blake Mycoskie, the founder of Toms shoes, which gives a pair of shoes to a child in need for every shoe they sell. Bistrian admired the idea but knew Toms’ canvas shoes wouldn’t hold up in Romania.

In 2010, Bistrian left Neiman’s again on his 28th birthday and started Roma Boots — Roma being “amor” spelled backward. The company gives a pair of rain boots to a child in need for every pair they sell.

Alejandra Bistrian, Samuel’s wife and a teacher’s assistant at Preston Hollow Presbyterian School, said she had concerns when he first began the project.

“I was happy that he wanted to do something different and serve people, but as a wife, you have children and concerns, being financially tied ­— and we were financially tied for awhile,” she said. “But at the same time, he was just so happy and so fulfilled. At his old job, he didn’t find much fulfillment, so that made a difference.”

While he was boarding a flight to China to see and pay for the boots he designed, he knew he was short of money. Even after selling his car and the watch off his wrist, he needed more money for the boots.

After that phone call, Bistrian said he knew Roma Boots was something he was supposed to do.

“‘I grew up in a village like yours. I was in your shoes, or lack of shoes, 20 years ago,’” he tells the kids. “And when I tell them that, ‘Every time you wear these boots, just think, one day you can be doing what I’m doing,’ their faces beam.’” 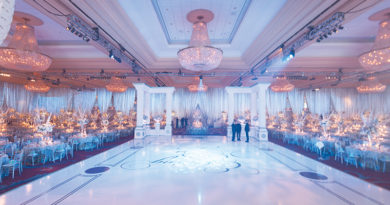