Sam Wyly’s art collection is both renowned and valuable, something the Highland Park ex-billionaire views as more of a passion than an investment.

Yet as Wyly’s assets are being sold as part of federal fraud investigation and bankruptcy proceedings, the paintings and sculptures are part of the deal.

On May 20, a spring fine-art sale at Dallas Auction Gallery will include 40 pieces from Wyly’s collection, including Norman Rockwell’s “Barbershop Quartet,” Frank Tenney Johnson’s “The Pioneers,” and a portrait of George Washington by Rembrandt Peale. Each is expected to sell for more than $100,000. You can register here.

The philanthropist and entrepreneur filed for bankruptcy in October after a federal judge ordered him to pay a $198 million penalty as part of a stock-trading scheme. The estate of his late brother, Charles, was fined $101 million in the same ruling. Wyly filed a motion to authorize the art sale in February. He already has divested some art from his estate through smaller sales. His family also recently sold a bookstore in Aspen, Colo., and a Greenwich Village apartment in New York.

“It’s part of the commitment we’ve made to the Chapter 11 court, which is to sell assets,” Wyly said. “We have to be responsive to the rules, but it’s also part of something longer-range that we had been doing and would be doing.”

Wyly, 80, traces his affection for art to his childhood in Louisiana, which included various teachers and clergy.

“I grew up around a lot of storytellers, and one way to tell a story is with pictures,” Wyly said. “I’ve been a lifelong history student, and that’s one way to learn history and teach history. There’s always a nostalgic attachment.”

That appreciation for history is reflected in Wyly’s collection, which includes mostly American works with Texas and Western themes, with a list of artists including Fred Darge and Joe Jones. There’s also an Andy Warhol piece among the selections.

“Most of the time, when you’re selling someone’s collection, they’re six feet under. He’s very much alive. So it’s the personal aspect of all this that touches everyone,” said DAG president Scott Shuford. “Everybody likes a story, and we’ve got lots of stories here. There’s something in Sam’s collection for everybody.”

Wyly is a former neighbor of Shuford, whose family lived in Highland Park for many years.

“We expect the market to be very enthusiastic because of what it is and whose it is,” Shuford said. “We’ve sold a lot of very nice items for some very prominent families in Dallas over the years, and this is the most unique and interesting by far that we’ve had the privilege of representing to the marketplace.”

So You Think Uke Got Talent? Find Out Saturday 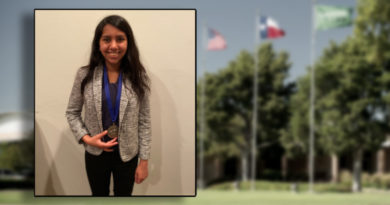