Skulduggery of the week: Into The Woods

At 10:19 p.m., a thief stole a silver Lexus SUV while its owner was unloading groceries in the 3400 block of Gillon Avenue. The boyfriend of the vehicle’s owner began searching for it, eventually tracking it to where Gillon dead-ends at the Katy Trail, where the larcenist fled on foot into the woods. Another officer detained someone matching the suspect description near the intersection of Knox and Travis streets, but the Lexus owner couldn’t identify him. Nothing was stolen from inside the vehicle.

6 WEDNESDAY
At 4:30 p.m., an officer was transporting a stray bulldog captured in the 3900 block of Potomac Avenue to a Dallas animal clinic for confinement in a white 2013 Dodge pickup when the dog bit several chunks out of the fiberglass camper top, as well as destroyed the wiring that powered the emergency lights.

7 THURSDAY
At 1:25 a.m., Ashley Renae Nunez, 28, of Cedar Hill was arrested in the 4000 block of Oak Lawn Avenue on a charge of possession of marijuana.

8 FRIDAY
Between 10 a.m. and noon, a thief stole a rented silver 2014 Volkswagen Passat from a carport in the 3900 block of Euclid Avenue.

10 SUNDAY
At 6 a.m., George Luis Salgado, 20, of Rosharon was arrested in the 4100 block of Lomo Alto Drive on a charge of public intoxication by a minor.

4 MONDAY
Between April 27 and May 4, a thief stole a $300 Trek boys bicycle from a detached carport in the 4100 block of Grassmere Lane.

Between 11 and 11:15 a.m., a pickpocket stole a purse containing $300 in cash from someone at the Miracle Mile shopping center.

9 SATURDAY
At 12:16 a.m., a shoplifter stole $41 worth of Matrix Biolage hair-treatment products from the CVS store at Park Cities Plaza. 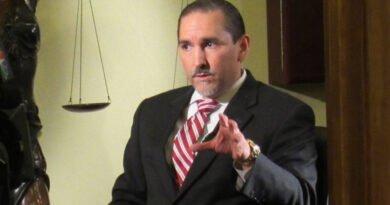