“The opportunity is just tremendous,” Trigg said. “It’s such a quality district with a foundation of excellence.”

After being announced by the board of trustees this morning, Trigg embarked on a tour of each campus with his wife, Julie, a Spanish teacher. The couple has three grown children — one of whom lives in Amarillo. Julie said she plans to be highly involved in the community.

“I’m trying to absorb as much as I can,” he said. “I’m not going to turn things upside down. I think we can work together collaboratively.”

Here’s a fun fact: Trigg’s district in Kansas has already implemented the Spanish program HPISD is working to incorporate.

HPISD will make a final announcement after a 21-day waiting period, per state law. 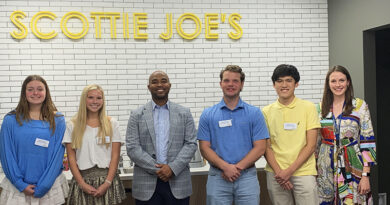 Brewing Up a Business Plan